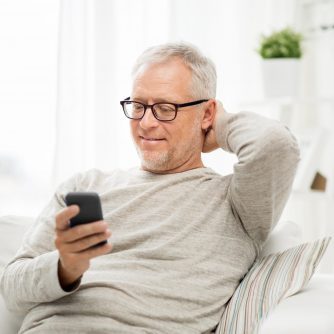 In 2018, Region Gotland conducted a travel survey where 1,102 people participated. They collected information on how participants travelled during 11, 000 travel days. On average, every person in Gotland made 4,4 trips per day and 52 percent were made by car, 33 percent on foot, 7 percent with bicycle, 3 percent as passengers in a car, and the rest we made by public transportation, ferries, or through another modes of transport. 93 percent of the adult population has a drivers license and 77 percent always have a car available. 73 percent of participants responded that they had changed their travel habits sometime in the last three years and the most common change was that they “Take the car more,” 11 percent responded that they have reduced their car travel. They also take more ferries and walk on foot more often than three years ago, according to survey responses. 14 percent reported that they use more fossil fuels then they did three years ago.

Trips and mode of transport

On average, every person in Gotland made 4,4 trips per day and 95 percent make at least one trip per day. Just over half of trips are made by car as the main mode of transport. Every third trip is made by foot and an even smaller percent with bicycle. 78 percent of all trips are taken on weekdays and 11 percent are taken on weekends, Saturdays and Sundays. A larger portion of trips with car, bicycle, and bus are taken on weekdays, while the portion of trips taken on foot increases on weekends. Younger people, under the age of 30, travel by public transport for a larger portion of their trips and the car is taken in a smaller portion of their trips, compared to those who are 30 and older. The population in Gotland’s is between 16-84 years and travel on an average day 46 kilometres per person per day.

Among the residents of Gotland, 37 percent say they have changed their travel behaviour over the past three years. The most common change that has taken place is that respondents take the care more often; about 16-17 percent of both men and women stated that they have increased their car travel over the last three years and 11 percent stated that they have reduced their car travel. Gotland’s residents also travel more by ferries and walk more now than three years ago. Respondents also reported reasons for their changed behaviour and the most common reasons were external conditions, such as moving or getting a new job. In addition to these external conditions, men have changed their travel behaviour to a greater extent due to financial reasons, while to a greater extent woman reported that increased flexibility was a motivating force.

A total of 15 percent say that they have changed the use of fuel compared to three years ago, of which 14 percent stat that they now use more renewable fuel sourced.

Do you want to know more about the Travel survey in Gotland? Contact Malin